We have encountered an issue with R2 Edge and the Windows Server 2008 feature called “Update Root Certificates feature” which is enabled by default (and apparently not used by R2). Below is a detailed description of the problem provided by my colleague Lars Sørensen from Inceptio A/S.

Why am I telling you this, well recently I did an Office Communications Server 2007 R2 implementation with the Edge role. The certificates on the external interfaces on the Edge server is from Digicert, which are member of the Microsoft root certificate program KB931125.

Everything is working fine, except for federation. So I did a little troubleshooting and found out that the reason for the federation not working was a certificate issue, not on the customer installation, but on the federated partners Edge server. In this case our own Edge server. In the Event Log I found the following errors : 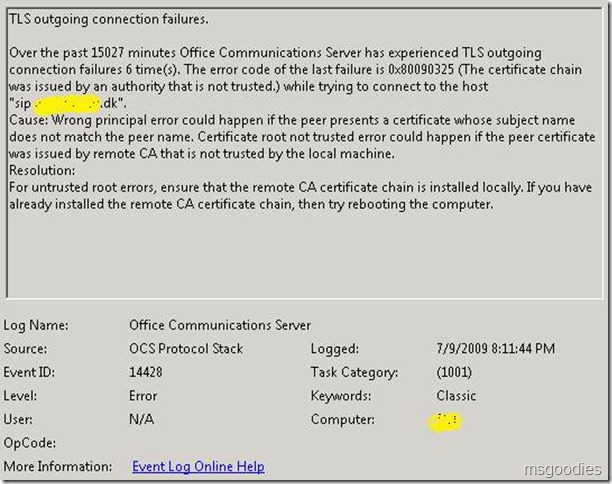 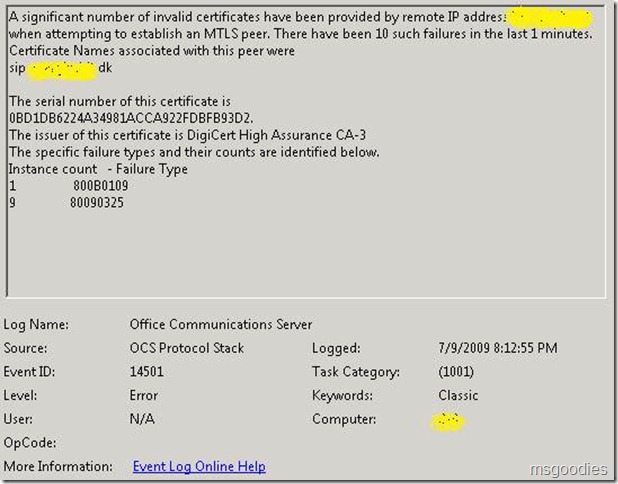 When doing this test the following appears in the Event Log as expected. 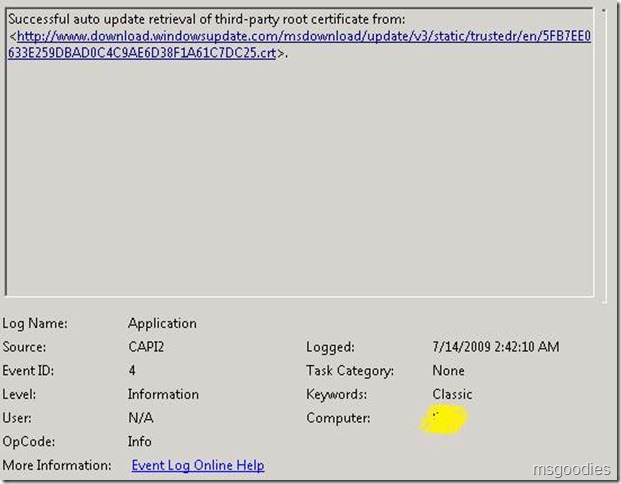 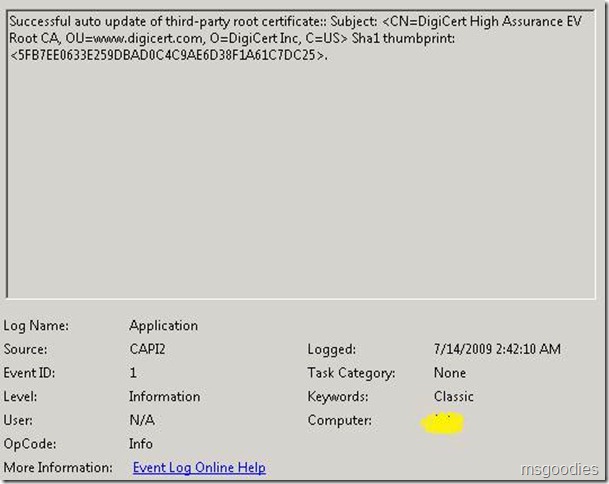 So far my conclusion is, it seems that the Office Communications Server 2007 R2 Edge role doesn’t trigger the Update Root Certificates feature to download the root certificate.

If anyone has seen similar issues please leave your comments here.